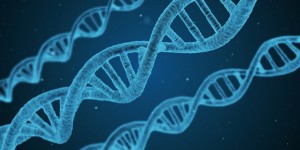 If this is the first time you’ve heard the term ‘omics’, take note. You’re about to hear a lot more about this new field of study, which is set to revolutionise our understanding of human health. Omic technologies dig deeper than ever before into our DNA and cell structures, revealing extraordinary connections between nutrition, genetics and disease.

New Zealand researchers recently examined the benefits of omic technologies on the study of inflammatory bowel diseases (IBD), such as Crohn’s Disease and colitis. Using IBD as a case study, their research provides helpful definitions and insight into the immense potential of the key omic methodologies.

Background to the research

The Human Genome Project has mapped the intricate make up of our genes for over 25 years. The resulting data is available to biological researchers, who use it to make comparisons over time, between genders, and between people in different cultural spaces. Over that same 25 years, other scientists have perfected the tools that allow us to extract the finest details of what makes up the components of our bodies, like cells, proteins and metabolites. Combined, we are now in a position to understand very specific cause and effect relationships between the body’s myriad functions and building blocks.

The individual branches of this complex biological research have become known as ‘omic’ technologies. Functional genomics, for example, looks at the functions of genes within an organism; whilst Metabolomics looks specifically at the body’s use of metabolites (the small molecules that govern metabolism).

In the case of IBD, researchers noted that not every treatment works for every individual sufferer. The role of nutrition in IBD has been confused for many years, because it is clear that good dietary advice for one individual with the disease may not be the most appropriate advice for others. Thanks to omic technologies, researchers are beginning to understand that to truly manage diseases, from cancer, to depression, to weight management, we may need to combine an understanding of lifestyle, nutrition and the specific biological make up of a given organism.

This research project used IBD as a ‘proof of principle’ example to showcase the ways in which omic technologies prove there is no ‘one size fits all’ approach to health management. This is a concept that can easily be seen in a wide range of contexts where doctors or nutritionists may be confused about the outcomes of ‘good advice’.

The researchers also use this study to provide some definitions of the omic technololgies relevant to this study. These include:

Using animal trials and lab conditions, the research showed that omic technologies reveal subtle genetic variations between subjects that relate to disease susceptibility. We already know that some people are genetically more likely to experience a given illness, for example, but we can now also see that people will respond very differently to treatment, including nutritional interventions.

This particular case study looked at curcumin (a chemical component of turmeric) which showed promising results in early trials as beneficial to those with IBD, but in practice gave variable results in humans.

Using omic technologies, researchers were able to investigate exactly which components of the body are affected by IBD – beyond the obvious inflamed bowel. Which genes react during an IBD episode? What protein changes take place in cells of an IBD sufferer? In this way, there might be ways that medications or natural treatments like curcumin can be delivered by nanotechnology to the region that is most responsive to treatment.

In wider application, understanding the individual biological needs and responses of an organism can lead to a treatment type that mimics the genotype. Medications or nutritional interventions could be considered for their ability to overcome the effect of a defective gene or target a very specific glitch in the metabolic process.

The more we understand about the complex systems of the human body, the more we may be able to individually tailor medical treatments and lifestyle recommendations for optimal health outcomes. Omic technologies are the ‘next big thing’ in health research, and despite the sophisticated nature of the existing methods, this field is still in its infancy. Watch this space!