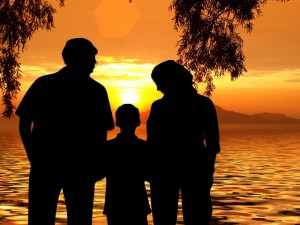 From their perspective: How do weight loss surgery candidates explain their histories of weight gain?

Researchers in Canada have undertaken a project to interview candidates for weight loss surgery, exploring their perspectives on the reasons for weight gain.

The participants in this study were all candidates for laparoscopic sleeve gastrectomy, which irreversibly reduces the size of the stomach by 80%. Although a relatively new weight loss intervention, the results suggest that people who proceed with the surgery achieve sustained, significant weight loss and improved physical and mental health measures despite significant side effects such as severe reflux.

The authors note that there is a strong social tendency to ignore the voice of those who are overweight or severely obese. In fact, discrimination against people who are overweight has become so tightly woven with social judgement and “fatphobia” that it has been linked to negative body image, and likened to other forms of social discrimination such as ageism and homophobia.

What do people who are overweight explain as the causes for their weight gain?

This includes a person’s genetics and metabolism, a major illness or injury, or significant lifestyle change. Examples of lifestyle changes contributing to weight gain are things like a change in occupation, the death of a loved one, or a major life change such as starting university and moving away from home to attend.

Participants described cycles of weight loss and regain as a result of dieting, and being physically inactive as factors which slowly caused their weight to creep up over time. Other explanations for incremental weight gain over time included emotional eating, food addictions, irregular eating patterns, cultural eating habits, and issues of food quality and quantity.

Although participants were quick to note that they were not trying to avoid responsibility for their obesity, the marketing of processed foods and institutionally driven reductions in physical activity were noted as factors that contribute to weight gain. Other social factors included work schedules (for example, working nightshifts), domestic responsibilities, and injuries sustained at work. For example, the daily work schedules of many office-bound workers, together with commuting, childcare and other responsibilities at home leave little time for active leisure.

This research highlights the complex reasons that cause people to gain weight –major life events, factors causing gradual increases of weight over time, and the social factors that actively contributes to obesity.

The authors urge weight loss professionals to move away from the traditional energy-in-energy-out explanation for weight gain, as this frequently leads to dieting as a weight management response. Instead, it is suggested that weight loss professionals assist their obese and overweight clients with a compassionate and holistic approach to weight management.